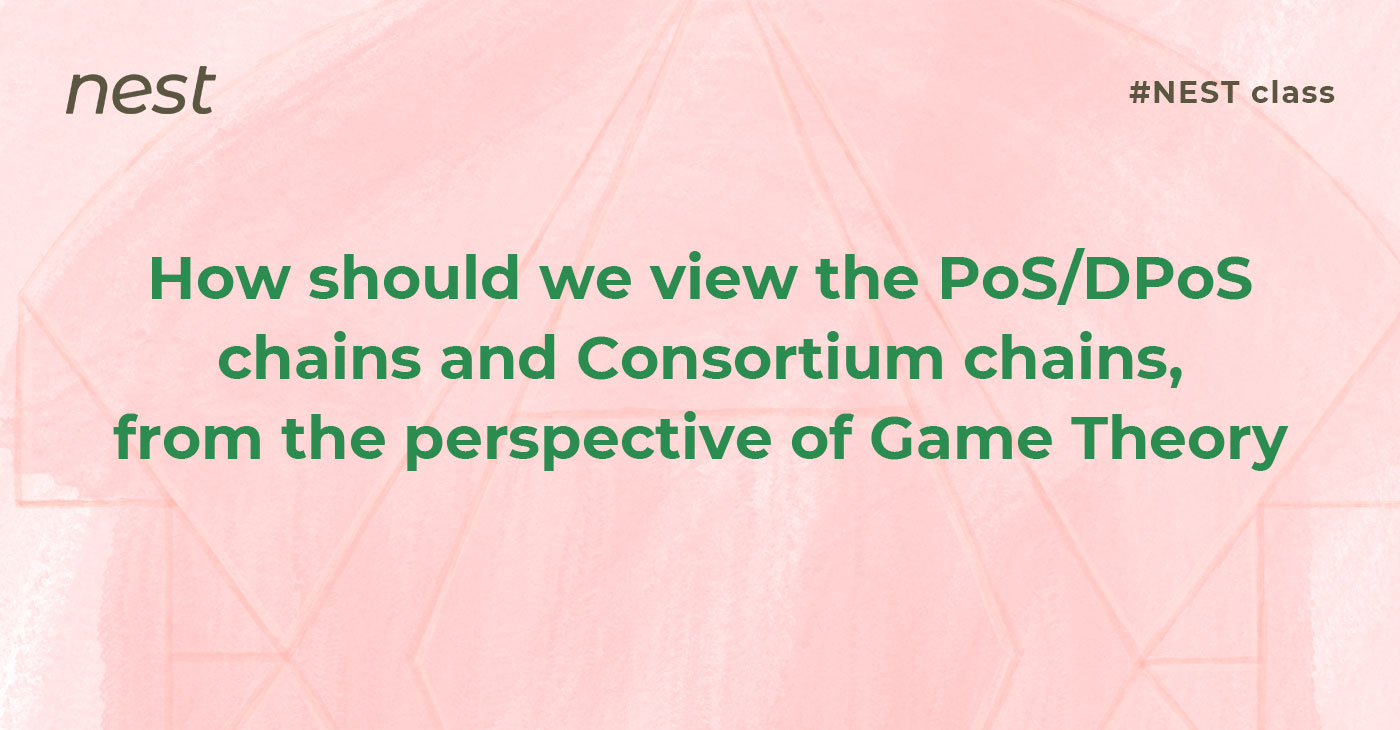 Based on the idea of game theory and the previous article, we can look at some projects in the industry by gradually increasing or decreasing the constraints.the completely open non-cooperative game that can achieve general equilibrium is the BTC/ETH(PoW)/NEST category, i.e., no threshold review is required, and it is completely open.Under this category, there are two kinds of partial equilibria: PoS/DPoS chains and consortium chains.

First of all, PoS/DPoS chains essentially conducts a large-scale election first, through which all people participate, and then the nodes generated by the election play the game package. Once the node is selected, it is a local game in a given time. This structure is equivalent to splitting the process into two parts, the first part of the game out of the agent, and the second part of the game out of the block. This bipartite structure is still a local equilibrium in a given time, so the external information transfer to the block is split or even separated. This architecture, although not as direct as the consortium chain, is essentially similar to the consortium chain: it is impossible to get the real equilibrium assets.

Consortium chains, on the other hand, require the participation of nodes to be determined by means of auditing, and not everyone can go for a round of electoral gaming. This structure necessarily determines the localization, alignability and manipulation of the results, which means that instead of positioning itself as a brand-new risk-return structure (equilibrium asset) in the general equilibrium sense, it is trying to solve certain application problems with a different data structure. We don't need to include the consortium chains in the blockchain category at all, I think it's just another server composition solution, even with the so-called Coin.

The worst one is the so-called private chain, which avoids gaming altogether and keeps the general data structure of the blockchain, which no one would think has much advantage over a centralized server at this point, and in fact has even more disadvantages. This structure I think is extremely specific in its use and is out of the scope of our discussion.

When discussing Blockchain Game, there is one principle that is more important: if there is agency risk or centralized trust in any part of the game, the equilibrium of the whole game is bound to be distorted and thus eventually evolve into a traditional enterprise model, thus making it impossible to apply the valuation model to equilibrium assets, and the two cannot be compared. In this regard, just like people cite BNB and BTC, even people who do not know finance will not think they are the same kind of asset. 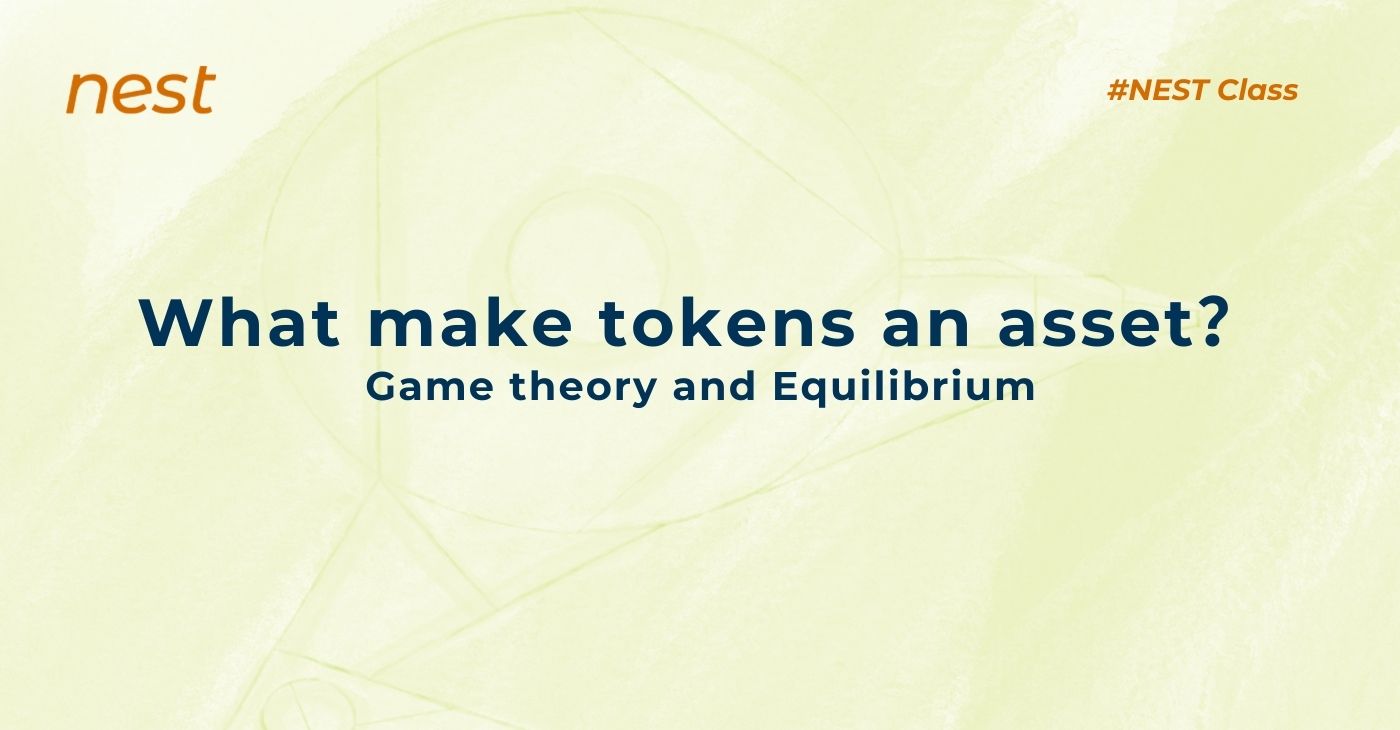 Some people talk about Bitcoin with a tone of contempt: " What's the use of this thing? It's hype, it's gambling, but I'm not against blockchain technology, blockchain technology is good." It seemed like he knew a lot about bitcoin or at least understood blockchain technology. I understand how they feel, because it's impossible to define the value of bitcoin in terms of the utility system. But it's very funny to affirm blockchain technology in a way that denies bitcoin. Blockchain technology is understood by them to be a mysterious system of code that guarantees that data cannot be tampered with, a system that is entirely mathematical and not related to gambling or speculation. Therefore, if I tell him that without game, blockchain is worthless, or even a small data structure topic for a junior high school algorithm researcher, they will definitely be reluctant to accept it

What is the innovation of Bitcoin?​

Actually, whether or not the data structure is combined in a chain and block fashion is not the real innovation of Bitcoin. The innovation lies in the construction of such a completely decentralized game, or non-cooperative game, and the algorithms that ensure that this game is conducted in an orderly fashion. There is no mysterious technology that can automatically guarantee the authenticity of data without a trusted agent (even the so-called zk, which requires proofs and storage nodes), and we cannot go beyond the authority, center, or trustor to guarantee that the data or information is untamperable, except for the equilibrium formed by the game.

What is consensus value?​

This game is dynamic, round by round, but requires that the gamers (game participants) in a new round accept a t least some already existing local equilibrium and synchronize the results of this round to the equilibrium. Each gamer does not know the size of the equilibrium it is in until external demand information is passed in for a round of correction. When all the gamers are rational and keep feeding back and correcting in the repeated game, it is probable that they will eventually converge to a unique general equilibrium, which is the so-called consensus value, and also the so-called longest chain or the highest arithmetic chain.

What is equilibrium asset?​

This process evolves and becomes more and more stable and "generalized" (i.e., a general consensus), i.e., each gamer and each holder gradually reach a consensus expectation and influence each other. In such a game model. Bitcoin actually has many equilibrium splits, which is also referred to as fork events. However, as the depth of information diffusion increases, the probability of such splits will become lower and lower. Even if one day an irrational gamer tries to monopolize the arithmetic and attack the blockchain, it will still be futile due to the inability to obtain a consistent expectation of external demand: arithmetic does not take precedence over equilibrium, and equilibrium must affect arithmetic. When Bitcoin achieves equilibrium, it becomes a whole new risk-reward structure - an equilibrium asset. Given a game type, I think there is only one general equilibrium and the others are partial equilibria, so Bitcoin and Litecoin, one is a general equilibrium and one is a partial equilibrium, and so is Ethereum and other public chains.

NEST is an equilibrium asset​

For the DeFi project, one important information is the price of the assets on the chain. And there will be only one most appropriate price quotation at a certain point in time if the price quotations are formed by game theory. Currently, the only blockchain price oracle that uses non-cooperative game theoretic equilibrium to form prices on the chain is the NEST Oracle, which is an important part of the NEST Protocol. NEST Oracle adopts market game theory, synchronizes the price information from the off-chain market to the on-chain by means of miner quotes, and combines with NEST mining mechanism to provide incentives to miners, making it a logical closed-loop distributed quote system. And therefore, NEST is also an equilibrium asset.